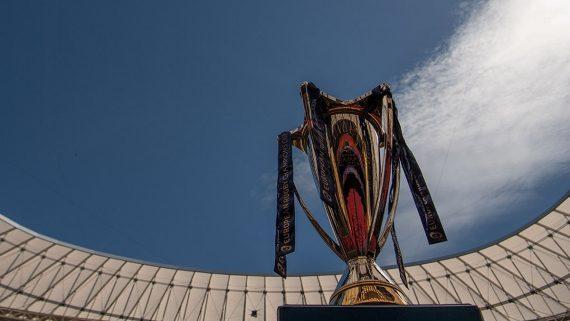 Live pay TV coverage of the Heineken Cup in the UK and Ireland will continue on BT Sport until the end of the 2023/24 season. ITV and S4C will offer free-to-air coverage in the UK, RTÉ in Ireland.

The deal includes the pool and knockout stages of Europe’s premier Rugby Union club competition and selected games from the EPCR Challenge Cup.

For the first time in the competition’s history, the upcoming season will feature teams from the southern hemisphere, as three South African clubs join the race to be crowned kings of Europe.

BT has covered the Heineken Cup since 2015.

Meanwhile, ITV will broadcast one match per round for free-to-air viewers, including the Final, of the world’s biggest and most celebrated international club rugby competition – which is entering its 28th year – until the end of the 2023/24 season.

“Following on from what was a magnificent finals weekend in Marseille last May, we are delighted to continue to work with BT Sport, who have delivered incredible coverage of, and growing audiences for, our competitions. It is also significant we welcome three free-to-air partners on board in ITV, RTE and S4C, who will deliver for us in terms of viewership growth, innovation and profile in key markets as we welcome South African clubs into the EPCR fold. BT Sport, ITV, RTE and S4C complete our broadcast partnerships in the key markets of the UK and Ireland, and with beIN SPORTS and France Télévisions in France, SuperSport in South Africa and FloSports in the USA, we are looking forward to bringing the pinnacle of international club rugby to more audiences than ever before.”

“Today’s news means BT Sport remains the home of club rugby in the UK and Ireland, offering unrivalled coverage from the Heineken Champions Cup and the EPCR Challenge Cup, plus, multiple live matches every week from Gallagher Premiership Rugby.”

For now coverage continues on BT Sport as normal, but is subject to change as BT Sport and Eurosport UK combine to create a new sports channel brand.

Article updated 06/10/2022 to add comment from ITV regarding its free-to-air coverage referenced by Dominic McKay in the original press release.