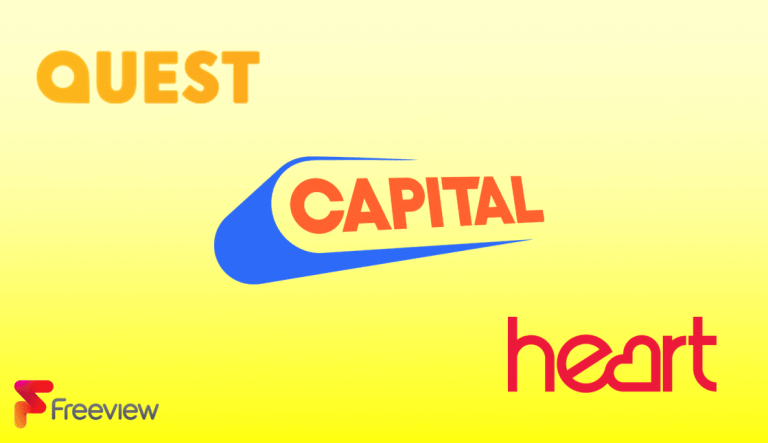 TV channel Quest, plus radio stations Capital and Heart are changing to another Freeview multiplex. Viewers will need to retune or lose the channels shortly.

Quest (channel 12), Capital (channel 724) and Heart (channel 728) are currently being simulcast on both their old and new multiplex frequencies. This is a temporary arrangement until the old copies of the channels are removed.

But most Freeview viewers will need to do a full or automatic retune to continue watching or listening to the affected services.

The reason behind the change is a move by Global, owner of Capital and Heart, to move all their radio services on Freeview to multiplexes controlled by Arqiva. Meanwhile, Quest has moved to fill the bandwidth freed up by the departure of Quest Red+1. This has left a 24 hour slot empty on the ITV owned SDN multiplex.

▶ How can I tell if I am listening to the new or old version of Capital and Heart on Freeview?

The old version of Capital has text that reads ‘Capital’ which then turns into a graphic reading: “95-106 Capital FM. The UK’s No.1 Hit Music station” after a short time. The new version eventually loads a plain Capital logo.

Heart and Capital move from the SDN multiplex ending a 12 year carriage deal with SDN that started in November 2010.