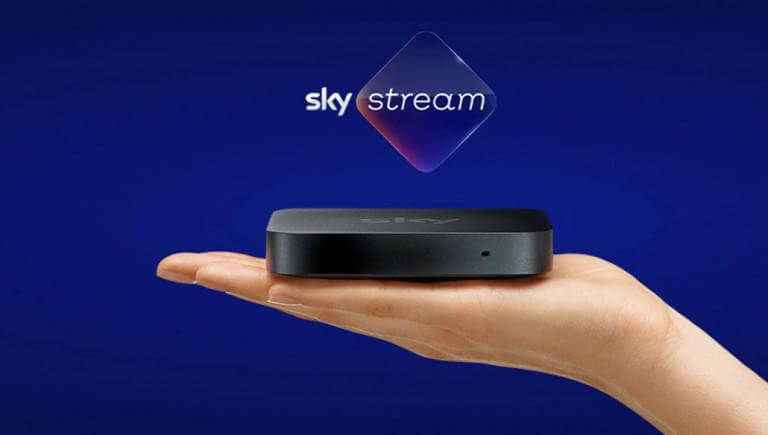 Consumers in the UK can now buy Sky’s newest streaming device, with its official release in Sky Shops and Sky.com.

With the launch, Sky is paving the way for a wider uptake of its new streaming TV platform, which allows viewers to access the majority of Sky satellite channels, plus a wide range of apps. Previously, the only option was to buy a Sky Glass TV.

Sky Stream, a palm-sized box is also available to use on any internet service provider and with any TV with HDMI port. A minimum broadband speed of 10Mbps is required.

To encourage users to make the switch, Sky Stream subscriptions have a choice between a 31-day rolling plan that can be cancelled at any time or a traditional 18 month contract. Multiroom access, with up to 5 Sky Stream devices per household, is available for £12 a month.

Sky Stream is expected to become available in the Republic of Ireland in the future.

However, viewers making the switch from Sky satellite will still notice some differences to the channel line-up, plus differences to how viewers “record” programmes.

Sky couldn’t be making its future direction of travel much clearer. For customers, a simplified way of accessing Sky’s services, self-installation, a flexible 31-day rolling plan and no need to sign up to Sky’s own broadband service to use it.

For the company itself, easier and simplified online customer account management paves the way for fewer call centre and support staff. Switching from satellite to online means it can also dispose of installers. Cruel if you’re one of the them, but putting Sky on a par with its streaming rivals, who also don’t have armies of call centre staff and installers.

The flexible 31-day rolling plan is something not seen from Sky since the launch of NOW (TV). This won’t just encourage cost-conscious current satellite users to switch, but also attract those NOW customers, reluctant to sign up for a long contract or to have a dish, to switch over.

According to satellite operator SES, Sky has a contract until the end of 2028. This means satellite users don’t need to worry that the service is going anywhere soon. But today could well be the unofficial start of that migration in the UK.