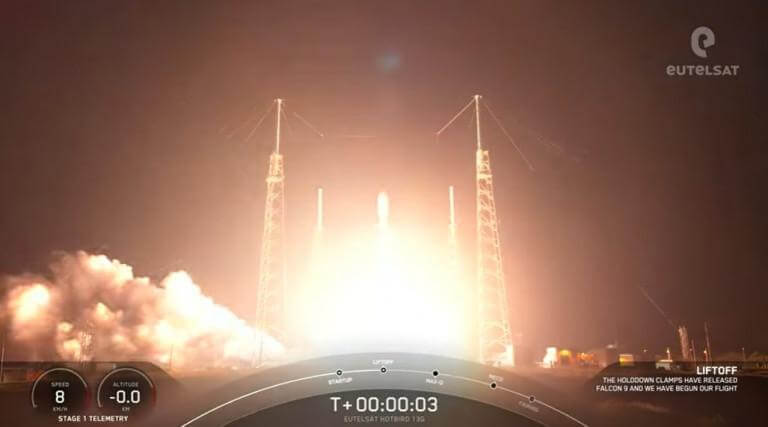 The second of two new telecommunications satellites designed to provide access over a thousand TV and radio services across Europe and beyond was successfully launched in the early hours.

Eutelsat Hotbird 13G launched at 5:22am GMT, 3rd November, from Cape Canaveral, Florida by Space X. It will join its twin Hotbird 13F, which was launched last month. Together they will replace the aging satellites currently orbiting at 13 degrees East.

There won’t be any immediate changes to services broadcast from Hotbird satellites until well into 2023.

The all-electric satellites will take at least five months to get into their orbital slot, with testing to ensure they are working as expected.

▶ Services that use Hotbird

“EUTELSAT HOTBIRD 13G is now on its way to join EUTELSAT HOTBIRD 13F at our flagship 13-degree East position. We also look forward to completing the GNSS network for our European Union long term customer and partner, the EUSPA. My congratulations to the Eutelsat, Airbus and SpaceX teams for another successful launch into geostationary orbit.”