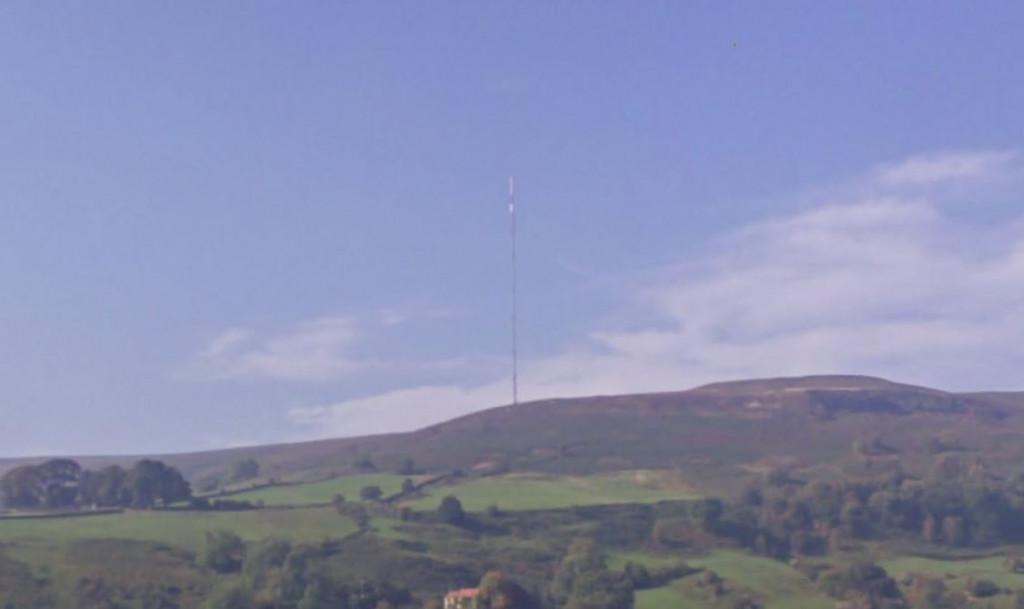 Television and radio services in parts of North Yorkshire and Teesside have been disrupted by a fire at the local transmitter.

The BBC and Freeview confirmed reports of a fire at the site on Tuesday afternoon. The transmitter, located in the North York Moors, serves locations including Darlington, Middlesbrough, Thirsk and York with Freeview TV, plus FM and DAB radio.

There was a complete loss of service from around 1:30pm on Tuesday 10th August. It is not yet known when services will be restored. North Yorkshire Fire and Rescue Service sent eight fire engines to the site to tackle the blaze, located at the base of the mast. It’s told people to stay away from the site. No-one was injured or killed, but the mast’s structure is at risk.

Freeview is advising viewers not to retune during this time. For many viewers with a TV aerial fixed on Bilsdale, no alternative signal is available. Cable and satellite reception is not affected, neither is internet streaming except for mobile broadband users in Bilsdale itself.

The outage is also affecting relay transmitters, which normally receive a direct off-air signal from Bilsdale.

All four mobile network operators use Bilsdale to complete mobile phone coverage across the western edges of the North York Moors. It is the main mobile phone mast for miles around. As a result of the fire, connectivity to voice and data services is restricted across parts of the Moors.

Digital UK, who manage the Freeview TV platform, had previously warned of engineering work at the transmitter this week. Signals were due to be broadcast at low power at certain times, resulting in temporary pixilation or loss of picture.

The top of Bilsdale transmitter is 314 metres high and was constructed back in 1969, originally to bring colour TV to the area. Today it provides Freeview services for the south of the BBC NE and Cumbria and ITV Tyne Tees regions. As a result, some viewers in the York area opt for the Emley Moor transmitter, which carries Yorkshire regional services.