Freeview: the channels that failed 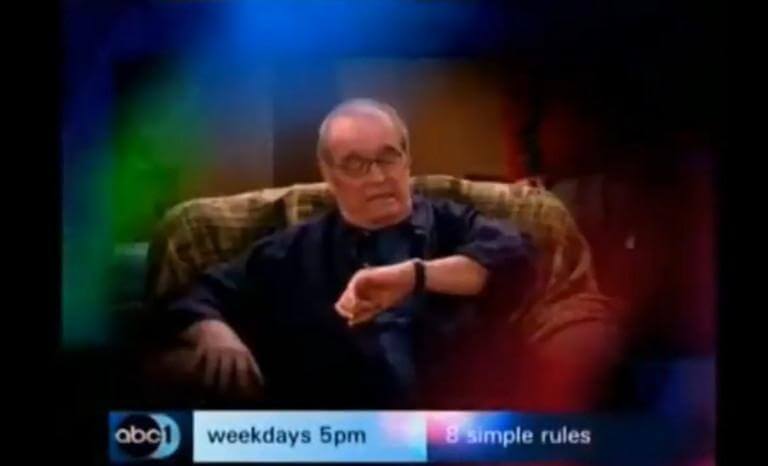 It’s twenty years since the launch of Freeview in the UK. Despite its limited capacity, the platform has seen a whole array of channels launch in a blaze of publicity …only to fail miserably.

In its pre-streaming heyday, a slot on Freeview guaranteed widespread inclusion on channel lists and millions of potential viewers. But that didn’t guarantee success: Disney and Turner Broadcasting were among the big name broadcasters to hastily retreat from the platform, with channels never to be seen again on British TV.

How many of these Freeview channels can you remember on our trip down Freeview Memory Lane?

Background: Around 2004/05, broadcasters had seen the success of Freeview and were willing to bid up to £12million for a slot. Among them was Disney. But Disney wouldn’t pay as much as ITV and Channel 4, so they ended up with a slot from the bargain bin. Just 12 hours a day: 06:00-18:00, and not available in Wales.

What did it show? abc1 would be Disney’s first general entertainment channel, screening a range of comedies, from Home Improvement to 8 Simple Rules and the comedy drama Moonlighting, with Bruce Willis and Cybill Shepherd.

What made it special? Unlike other US broadcasters setting down roots in the UK, abc1 stuck with its US identity: ad-breaks after the opening scene and before the closing credits – meaning comedies like Scrubs having two commercial breaks. In contrast, the same show would be interrupted by just one break on E4. And abc1’s logo (DOG) was at the bottom right, rather than at the top left of the screen.

What went wrong? Its restricted hours limited what it could do with the slot. The channel did expand to Sky and offer a primetime schedule, but it wasn’t enough. In the end, the channel just ended up repeating the same things over and over again, just in different slots. By then, even the most loyal viewer had seen it all before.

Background: Freeview slots were very expensive at the time, broadcasters were seeking to recoup some of the costs and quizzing turned out to be really lucrative. ITV Play took the broadcast capacity used by Men & Motors.

What did it show? Phone-in quiz shows everyday.

What made it special? Unlike other quiz channels of the time, segments of ITV Play’s schedule were based on various ITV shows, including This Morning (This Morning Puzzlebook) and Coronation Street (Rovers Return Quiz).

What went wrong? In September 2006, ITV Play asked callers what items might be found in a woman’s handbag? Two of the answers were balaclava and rawlplugs. Ofcom ruled that the competition breached fairness rules. Then in 2007, all main broadcasters were embroiled in a major premium rate phone scandal. Investigations found producers systematically fiddling on a number of programmes across channels. For example, some shows invented fake competition winners. Other programmes invited callers to dial a premium rate number, even when participants had already been selected. In some instances, SMS text entries weren’t even entered into competitions. In light of these wider systematic problems in the industry and threat of legal action, ITV pulled the plug on ITV Play.

Background: in a pre-broadband internet era, shopping channels were booming. Price Drop, alongside sister channel bid tv, was one of a number of channels to combine teleshopping with the atmosphere of a game show.

What did it show? from 08:00-01:00, live falling price ‘auctions’ whereby everyone paid the lowest price.

What made it special? It’s unique selection of Gemstone Globes or Vivitar digital cameras? Or perhaps the £1 MEGADROP, which resulted in the on-screen presenters going in a frenzy as if they’d won the lottery.

What went wrong? Price Drop briefly lost its presence on Freeview, after it was outbid by Discovery for its original slot (which went to Quest). Then it, and bid tv, were caught up in multiple investigations by the Advertising Standards Agency. Weeks after a revamp, the channels crashed off air mid-afternoon on 17th April 2014 as the company fell into administration.

Background: Someone thought Freeview needed a pay-per-view film channel, but using an easy to circumvent paywall.

What did it show? A few movies, over and over again and that was it.

What made it special? Viewers were supposed to dial a premium rate number to obtain a code to watch the channel. Or you could just turn off MHEG (digital text) on your receiver and not pay. Which obviously was a big problem.

What went wrong? The technology clearly wasn’t up to scratch and the channel disappeared within days. It used capacity on the ‘Big Deal’ channel, back then on channel 32. The owners of the channel went back to the drawing board, and in 2012 teamed up with the operators of More Than Movies, which started the long morph into what became Sony Movies.

Interestingly, but not surprisingly as the channel didn’t even last a month, there are very few references to the channel still online. Here’s one. Other forums have since deleted their threads on the matter.

Background: Turner Broadcasting wanted to launch a general entertainment channel in the UK, bringing over one of its US TV brands in the process.

What made it special? Not much really. It ended up becoming yet another free-to-view channel taking content that might have otherwise appeared on other channels.

What went wrong? Low viewing figures. Turner had enough and sold the channel to Sony Pictures Television (SPT) who continued to licence the brand from Turner. They also struggled to do much with the channel, which eventually focused on true crime programming before vanishing completely. SPT also stripped the channel of its UK wide Freeview slot, meaning very few viewers could actually watch the final demise of the channel.

Other notable Freeview fails over the years included True Crime, Sony Channel (the free-to-air incarnation of the channel), Motors TV and Quizcall. And Discovery’s Quest channel almost joined them, when its original launch on Freeview was aborted at the last minute. Discovery decided to pull the plug in the aftermath of the credit crunch, which triggered an economic downturn. Fortunately, the channel’s second launch at the end of September 2009 was successful.

But Freeview has seen a number of broadcasting successes, with ITV3 (18 years old this week) and UKTV’s Dave and Drama channels enjoying good ratings. Freeview’s success in its first two years prompted Channel 4 to move E4, then Film4 to free-to-air TV. In recent years, niche channels including Talking Pictures, PBS America and Smithsonian Channel have established a loyal following of viewers. The successes on Freeview do still outnumber the fails.