BBC One HD regional roll-out due to start soon 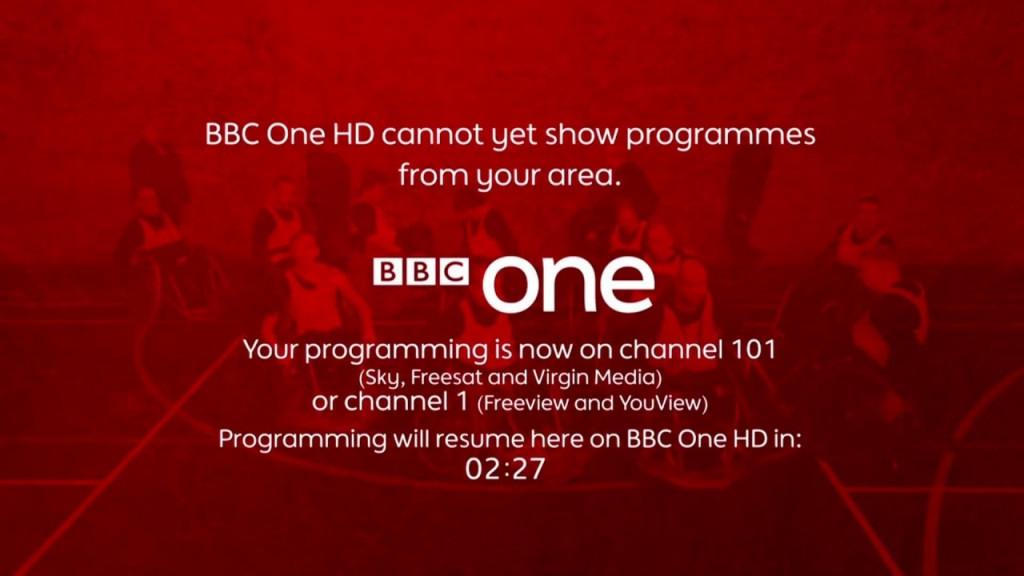 [Since this article was published, BBC One HD regional rollout has begun. Viewers with Sky Glass can now access a regional BBC One HD service. Other platforms will follow before the end of 2022.]

Schedules database confirms preparations to launch regional versions of BBC One in HD as soon as next month.

Eleven years after BBC One first launched in high definition, viewers in England are still waiting for their regional service to become available on the channel. But a recent revision to the BBC’s schedules database confirms regional versions of BBC One HD in England are on their way. The same database originally revealed the February 2019 launch date of the BBC Scotland channel before it was officially announced.

At present, during regional programmes, viewers in England need to switch back to BBC One standard definition. Scotland, Wales and Northern Ireland already have their own versions of BBC One HD.

The BBC has not yet confirmed its plans. As such, it’s still unknown if all regional HD services will be available in one go on all platforms.

Regional versions of BBC One HD will bring an end to the unpopular red screen during regional news. It advises viewers to switch to SD. In England, only the BBC’s London news bulletins currently get shown in HD. But only at Breakfast and when tuned to the BBC News Channel.

Previously, the BBC said it aimed to launch HD regions by the end of 2022. A regionalised BBC One HD would require additional satellite bandwidth and technical changes to the regionality of the Freeview HD service. However, the BBC is able to add as many new services to the iPlayer as it likes. This makes it the less restrictive option on completion of the creation of regional HD feeds within the BBC.

The BBC is eager to launch regional versions of BBC One HD as that will free up space on Sky’s channel list for BBC Three. This is indicated in its recent Public Interest Test for BBC Three (page 22). BBC One HD is currently broadcast in England on Sky channel 115. Once the correct regional service is available in HD, the channel qualifies to move to channel 101. BBC One SD would then move to Sky channel 801.

Currently Freeview HD operates on a macro-regional basis. This is also why not every ITV HD region is available on Freeview, unlike on satellite and cable where only Border and Channel Islands are missing an ITV HD service.

The Freeview HD regions in England are currently: South, South East and East (combined); London (standalone); Midlands, West and South West (combined); North (all northern TV regions combined). This means that a viewer in Gateshead will get ITV HD Granada on Freeview HD channel 103, despite living in the Tyne Tees region. Viewers in Norwich get south coast news from ITV HD Meridian on Freeview HD. They need to switch to SD on channel 3 to watch Anglia regional news.

As BBC One will be using the same infrastructure (both BBC One and ITV HD broadcast on the same Freeview multiplex), work to add extra regional multiplexes is required. Otherwise the same anomalies that affect ITV HD viewers will apply.