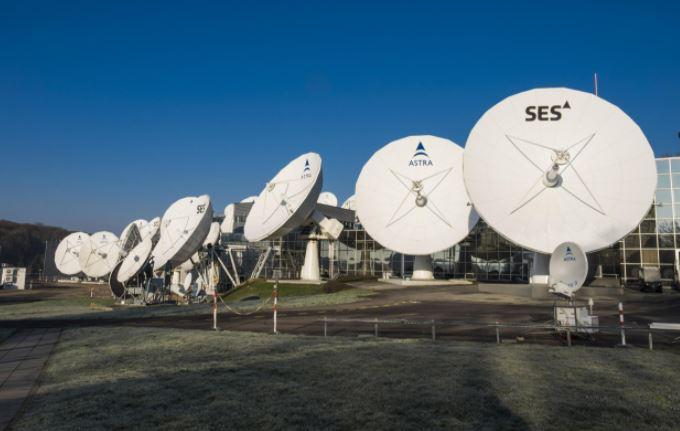 The two new satellites will ensure television services can be maintained at Astra’s original orbital position through to its 50th anniversary.

Astra 1A went into service in 1989 and provided the foundation for Sky’s original multi-channel service. In the meantime, over a dozen satellites have been deployed at 19.2 East over the years. Satellite operator SES has now ordered Astra 1P and 1Q.

Since the introduction of digital TV around the turn of the century, UK satellite channels have switched over to Astra 2. But 19.2 East remains important, serving 118 million homes or over 43% of all European TV homes.

Astra 1P will be a classic wide-beam satellite, enabling broadcasters serving Germany, France and Spain to continue broadcasting satellite TV channels in the highest picture quality. Its coverage will continue to serve most of Europe, including the UK. As a result, it will continue to be of interest to pan-European services.

Astra 1Q will act as a support satellite, able to carry TV channels via a wide-beam. However, the satellite will also be able to operate spot-beams to allow it to target certain countries. Astra 1Q will be customisable in orbit, so that can be easily deployed to other orbital positions and purposes.

Currently, SES are operating Astra 1KR, 1L, 1M and 1N – four satellites at 19.2E. These satellites will in turn reach the end of their life over the next decade. 1N – the most recently deployed – is due to go out of service last. There is no Astra 1O satellite.

Astra 1P and 1Q will ensure that a satellite service can continue from 19.2E until at least 2040, taking the orbital position up to and just beyond its 50th anniversary.

The presence of just two satellites going into the 2030s indicates forward planning for a time when satellite TV becomes less relevant and less capacity is needed. At the moment, large portions of satellite capacity is used to simulcast services in different resolutions (e.g. SD/HD). Additionally, many niche TV channels are launching as online-only services. These are increasingly distributed on linear streaming services such as Pluto TV or Rakuten TV.

The potential added functionality of spotbeams opens up the possibility that free-to-air broadcasters in Europe may have the option to restrict their coverage area. This would follow the example set by UK broadcasters, who use a spotbeam to overcome rights restrictions.

Finally, any new satellite needs to be flexible to take into account possible changes in the frequencies allocated to satellite TV broadcasts in the coming years.

ASTRA 1P and ASTRA 1Q – will be built by Thales Alenia Space, a joint venture between Thales (67%) and Leonardo (33%). Both satellites are expected to launch in 2024.

“Our prime TV neighbourhood at 19.2 degrees East is one of our most valuable assets and has been key to enabling renowned European broadcasters to grow their TV audiences in the last 30 years. These two satellites will have the resiliency, reliability and redundancy that our video customers need, and will be able to deliver continued premium services well into 2040.

“Additionally, thanks to advanced satellite technology, we will be future-proofing our investment and injecting a high degree of flexibility into ASTRA 1Q to ensure we are meeting the evolving needs of all the markets we serve.”