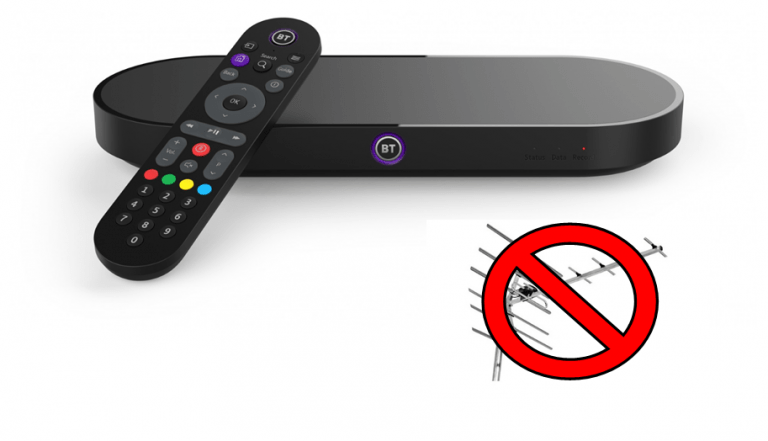 BT’s latest update removes the need for its TV customers to have a TV aerial to use its service. Viewers will be able to access a greater number of HD channels. But there’s a catch.

The new aerial-free service, known officially as ‘internet mode’ is now available on the BT TV Box. And it will also be available on the new BT TV Box Mini, which works just like the Pro box, but is designed for multiroom viewing, connecting to the Smart Hub via Wi-Fi. The mini box is available to existing Pro customers for £10 a month.

Internet mode allows viewers to access HD versions of channels including ITV2, ITV4, 5STAR and BBC Parliament. But a number of channels, including +1 timeshift channels, Blaze, Dave, GB News, GREAT! movies and Talking Pictures are absent – these are only available in aerial mode.

BT advises users need an internet connection with a download speed of at least 22Mbps. For users with slower speeds, aerial mode remains the best option.

The BT TV Pro box was first launched in 2021 in response to the growth of rival services from Sky and Virgin Media. Both companies have since introduced IP-only TV services (Sky Glass and VM Stream).

“We continue to look for ways to enhance the TV experience for our customers. Removing the need for an aerial connection not only gives even more consumers the opportunity to take out BT TV, it also gives our customers even more flexibility with their TV set-up, allowing them to access great content, from anywhere in the home.”