Super Bowl to switch to ITV in new NFL deal 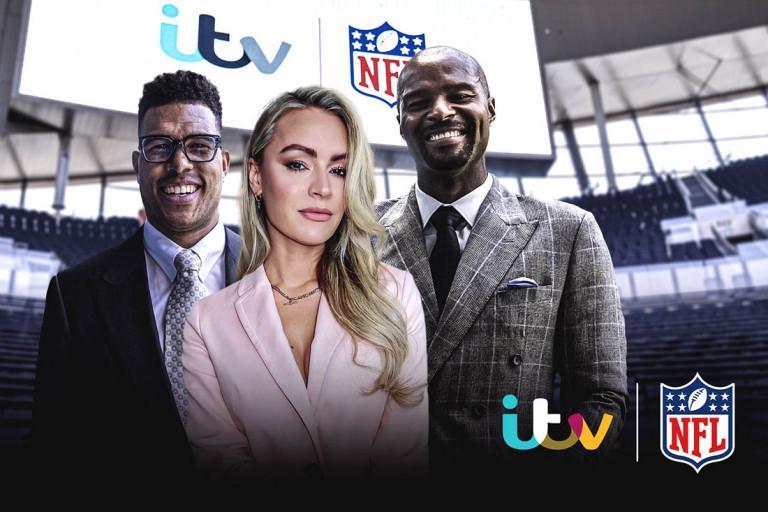 The National Football League (NFL) is partnering with ITV for the next three seasons for free-to-air coverage that will also be shown on STV in Scotland and Virgin Media TV in Ireland.

In the UK, ITV takes over from the BBC, which was the NFL’s previous long-term free-to-air broadcast partner. ITV last covered the Super Bowl back in 2007.

Coverage of the new NFL season starts on ITV on Friday 9th September with the first in a series of hour-long weekly highlights shows, broadcast at 11:30pm. Presenter Laura Woods will be joining award-winning analysts Osi Umenyiora, a two-time Super Bowl winner, and Jason Bell (picture).

The rights deal with ITV means viewers who don’t subscribe to Sky Sports, including those with Freeview, Freesat and Saorview (Ireland) will be able to see some coverage this season. As in previous years, full coverage remains with Sky.

As part of the deal, ITV will have live coverage of three games, plus highlights. The live games are:

The Friday night highlights show will be repeated at 8:30am on Saturdays on ITV4. Viewers will be able to stream via the ITV Hub (ITVX from later this year).

STV and Virgin Media TV Ireland will also pick up ITV’s NFL programming. Viewers will be able to find programmes on-demand through the STV Player (Scotland) or VM Player (Republic of Ireland).

“This deal will bring to ITV viewers the very best of the NFL each week in our highlights shows throughout the season as well as key live games. We’re delighted to be able to offer viewers, free to air, across our channels as well as the ITV Hub, the unique spectacle and action the NFL brings.”

“This is another significant milestone for the NFL in this country. We have enjoyed seven fantastic years of NFL coverage on BBC TV and the time is right to take advantage of the opportunities offered by a new partnership with ITV. When you look at the development of the NFL in the UK in recent years – with momentum behind fan growth, more London games, successful British players in the NFL, the launch of an Academy and a charitable foundation – this announcement is another sign of our ambition to grow and develop the sport in the UK.”