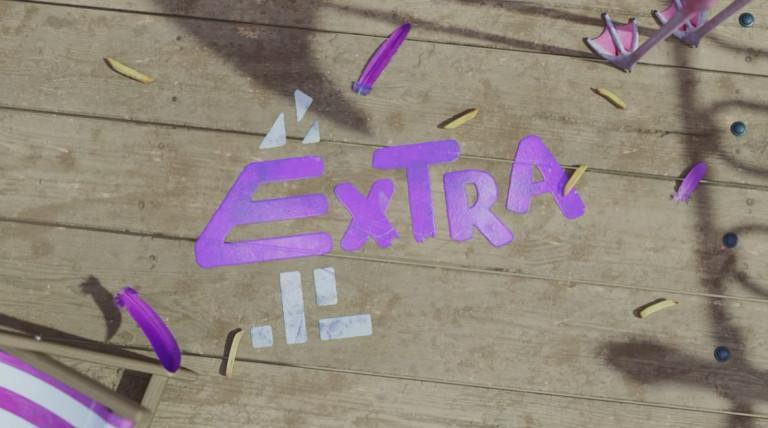 On Wednesday 29th June, E4 Extra takes over the current 4Music slot. At first glance, you’d struggle to tell it apart from its predecessor.

21 years after launching as an offshoot from Channel 4, E4 is now getting its own offshoot – or ‘brand extension’ according to Channel 4’s PR. Channel 4 says the new E4 Extra will focus on comedy and entertainment shows, allowing the original E4 to go large on reality TV.

The reality is that E4 Extra will seamlessly take over from 4Music with a schedule that is more or less identical. If 4Music was a music channel with hardly any music, E4 Extra becomes an entertainment channel with music videos. The main difference is that with the change, programmes become available on All 4, where much of its target youth demographic will be watching.

Where to watch E4 Extra

Through traditional TV platforms, Freeview channel 31 will switch from 4Music to E4 Extra at 7am on the 29th June.

Following the launch at 7am, there’s a shortened music strand runs until 9am (instead of 10am on 4Music).

Then it’s over to the promised comedy entertainment programming, with Malcolm in the Middle and Wipeout USA continuing in their inherited slots from 4Music.

But in the afternoon, it all goes a bit off plan. E4 Extra was supposed to focus on comedies, but goes into two hours of reality show Don’t Tell the Bride. E4 – now supposed to be the home of reality has back-to-back comedy with The Big Bang Theory and The Neighbourhood.

In early evening, both channels feature comedies: E4 Extra has Scrubs and How I Met Your Mother. E4 has more Big Bang Theory.

During primetime, E4 has a new episode of The Neighbourhood followed by new Below Deck, while E4 Extra features The Goldbergs and its launch night highlight: The Inbetweeners Movie.

The night is wrapped up with back-to-back Inbetweeners at 11pm versus Killing It on E4.

Overall, the E4 Extra launch day is defined by showing programmes that used to be on E4. E4 gets all the new premieres.

“Going forward, E4 will hero large-scale reality and popular factual, whilst seamlessly partnering with E4 Extra where viewers can find scripted US favourites, comedy and entertainment. With E4 branded shows already driving a significant proportion of viewers to All 4, streaming fans will now have an even broader offer from the E4 family.”

And in the meantime, the scheduling legacy of morning music on the channel is last remaining piece of current chart music TV on Freeview. 20 years ago, Freeview launched with two such channels: The Hits (which became 4Music) and TMF (later Viva and now closed).

The breakfast music slot is also the only thing keeping E4 Extra in the music section of Virgin Media’s EPG (channel 337). On Virgin Media, 4Music moves next door to channel 336 with an all-music schedule. On Sky you’ll find the ‘new’ 4Music on 354. For Freesat viewers, 4Music moves to 501.

Share:
news
Previous ArticleBBC to offer multi-stream coverage of the Commonwealth Games
Next Article Campaign to save Freeview launches