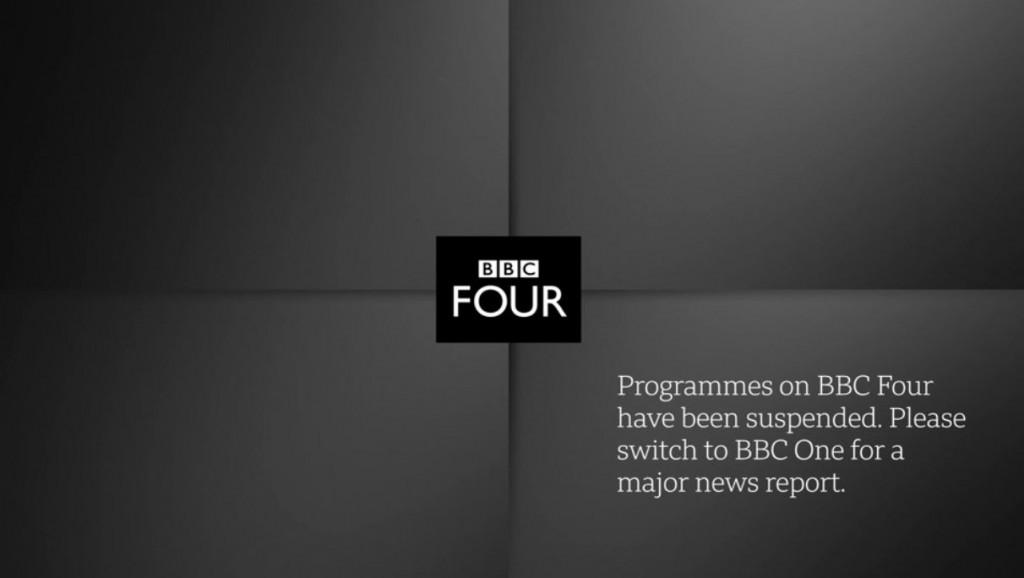 For the first time in history, programmes on BBC Four have been completely suspended, with no replacements.

Instead, BBC Four has been broadcasting a static caption, first advising that programmes had been suspended, then point viewers to the iPlayer for the football. But viewers without a connected TV were not told they could also find the game on Freeview channel 601, Sky 981, Freesat 980 and Virgin Media 991.

Meanwhile, BBC Scotland moved its coverage of the Scottish football fixture between Hearts and Alloa to the BBC iPlayer. The move left viewers baffled on social media, given that the BBC is showing Prince Philip’s death coverage on seven channels north of the border: BBC One, BBC Two, BBC Scotland, BBC Four, BBC News, BBC Parliament and BBC Alba.

With the exception of BBC Four, all main BBC channels have now suspended regular programmes until the early hours of Saturday.

All main free-to-air commercial channels, except Channel 4, have also switched to extended news coverage. But Channel 4 and 5 have reverted to a normal schedule after their main evening news programmes.