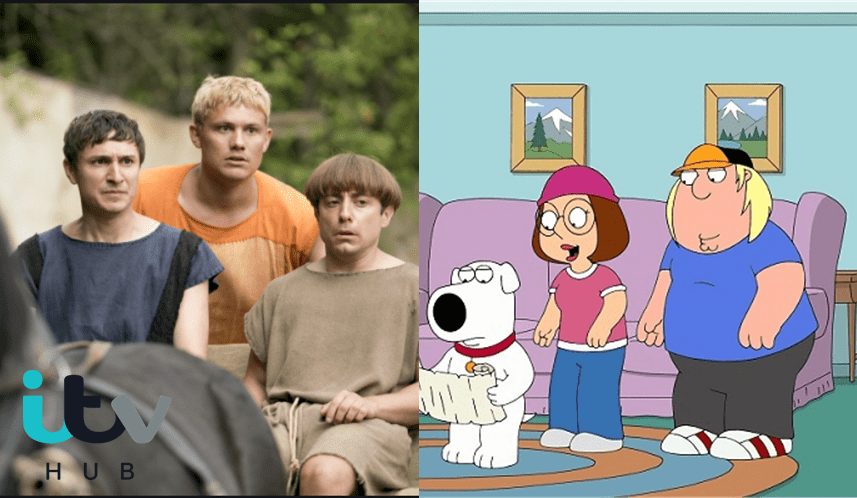 ITV extends deal to show Family Guy and American Dead as ITV2 beefs up comedy collection on the ITV Hub.

ITV has launched a new collection of comedy from ITV2 for online audiences. The ITV2 Comedy Heroes collection on the ITV Hub has become the online home for the channel’s comedy content. Highlights include Series 1-3 of BAFTA-nominated sitcom Plebs plus all three series of the Stand Up Sketch Show.

The collection also includes Timewasters (series 1 and 2), Zomboat!, Action Team, Cockroaches and the first series of The Emily Atack Show ahead of the new series later in the year. The new series of Superstore and Bob’s Burgers will also be added to the Hub and shown on ITV2 this month.

And six years after ITV swooped on the rights for popular animated series Family Guy and American Dad, ITV has confirmed it has signed a multi-year extension. This means new episodes will feature on both ITV2 and the ITV Hub. The rights for the shows were acquired in the run-up to the show’s previous home, BBC Three, becoming an online channel. It will ensure that the soon-to-be revived BBC Three channel won’t be getting the shows back any time soon.