What happens next to the TV frequencies cleared for 5G? 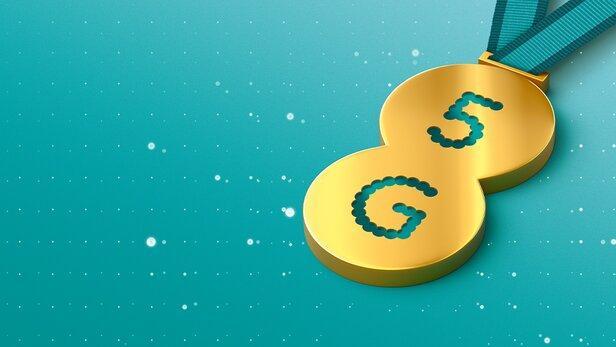 Next week’s upheaval of Freeview channels is partially linked to a clearance of TV frequencies for 5G services. But it will take some time before anyone can make use of those 5G services.

Freeview multiplex COM7 is closing down at the end of June. It broadcasts on a frequency in the middle of the 700MHz band. Frequencies either side are already in use in many areas of the UK by 4G or 5G services from EE, Three or O2. Vodafone doesn’t own any spectrum in the 700 MHz band.

This spectrum is known in the mobile phone industry as band 28 (n28 for 5G). The bit in the middle, known as the centre gap between uplink and downlink, is the frequency that COM7 has occupied. Once used for 5G, it will be known as band 67 (n67). In the UK, EE secured the exclusive rights to use this band.

But there’s one problem: you’ll struggle to find any devices that actually support band 67. In a nutshell, if EE started using band 67 for 5G on 1st July, no-one will notice. That’s been good news for Freeview viewers, as it stopped EE serving notice on COM7 earlier.

Band 67 also has another quirk: it can only be used for downlink, i.e. downloading data to your device. For uplinks, your device would need to connect to an alternative band. This is not uncommon, and most mobiles routinely connect to multiple bands at the same time.

How it will affect EE

However, once devices become common, it will be a gamechanger for EE. The company hasn’t historically held that much low frequency spectrum. Here, O2 and Vodafone have led the way.

Lower frequencies are ideal for reaching rural areas using fewer masts. Additionally, these frequencies are also good a penetrating buildings – something that makes it possible to receive TV on an indoor aerial in some places. But the speeds aren’t as great. Using the existing band 28 on its own would give EE good UK 5G coverage, but not the speeds or capacity you may get in urban areas, where higher frequencies are in use.

Add band 67 to the equation and this starts to change, with greater bandwidth to reach rural areas and scope to achieve higher speeds.

Currently, the high power COM7 signal has had to avoid interfering with new 5G services on surrounding frequencies, and vice-versa.

How the two services would avoid interfering with each other was the subject of some discussion ahead of the sell-off of the 700MHz band.

After COM7 is turned off, it will become easier for the mobile network operators to mitigate against TV interference.

Until now, households who have received filters to block out interference from band 28 mobile services in the 700 MHz band have found it also stops COM7 reception. With COM7 gone, the problem is solved.

Aerial installers can move on with installing aerials specially optimised for reception on the remaining TV frequencies below 700MHz.

COM7 is closing by the end of June. All channels currently carried on the multiplex have to either move or close. BBC Four HD and CBeebies HD are among the channels moving. BBC News HD, Quest HD and Forces TV will close. However BBC News and Quest continue to broadcast in SD on Freeview and in HD on other platforms.

Will any further TV frequencies be cleared for 5G or other mobile services?

That’s under consideration. Next year, delegates from around the world will attend the World Radiocommunication Conference (WRC-2023), where this is an agenda item.

The WRC is organised by the ITU, a United Nations agency. At their conferences, decisions are made over the global use of frequencies and which services should use them. There are three ‘regions’, the UK, EU and Africa are in region 1. Some, particularly in the mobile industry, are pushing for further TV frequencies to be made available for mobile services. This would bring region 1 in line with region 2, which includes the USA and Canada. Here, the 600 MHz band is already used for mobile services, with terrestrial TV increasingly shunted into the VHF band.

Others want region 1 to adopt a shared use for the remaining TV frequencies, allowing them to be used for a variety of technologies. TV and PMSE (Programme Making and Special Events) would no longer have exclusive rights. There is great opposition, with African Union countries demanding no change to current usage. European broadcasters also object. Ofcom hasn’t yet confirmed its position.

But whichever decisions are made, the UK will have to abide by them. That’s why there is ongoing uncertainty over the future of terrestrial television beyond 2030.

All new multiplex licences will contain a revocation clause, which can be activated from 31st December 2025 giving the multiplex operator five year’s notice. Effectively, this means that viewers would get five years to some point in the 2030s that their TV service is being switched off. If the licences are not prematurely revoked, then they will expire naturally in 2034.

Other countries are pushing for 5G Broadcast to replace the current digital terrestrial TV service. It could use the current terrestrial transmitter network to deliver an open-access signal to all types of device. However, the UK has not signalled any push to 5G Broadcast or any other alternative. By 2034, TV frequencies may not been needed for anymore 5G services, but 6G.

In the meantime, mobile network operators will need to make greater use of the frequencies they already have access to and close older 2G and 3G networks.