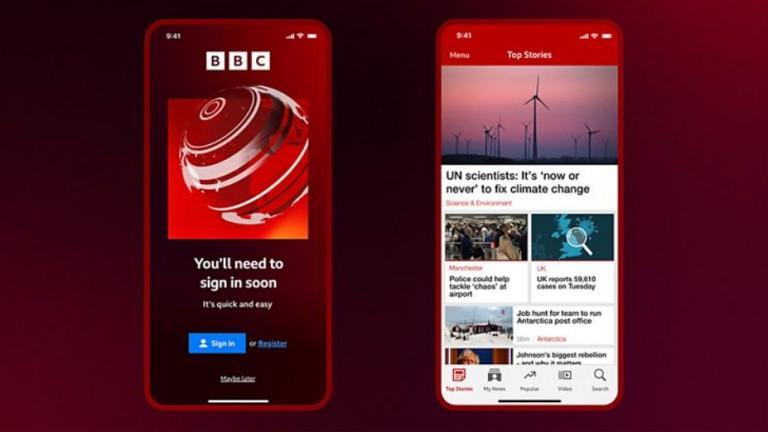 BBC users already have to sign in to access some BBC services online. Now this is being extended to cover other services and devices.

As of this week, users of BBC Sounds on Amazon’s Alexa have to sign in to use the service. This follows several months of advisory messages telling users this was coming. The BBC has produced a support page for affected users.

Next to change is the BBC News mobile app. Users will start seeing messages encouraging sign in. In a few week’s time the message will no longer be dismissible. The change comes ahead of a major upgrade to the mobile app which will allow users to personalise more aspects of the service.

The BBC says sign in is important so it can offer more relevant recommendations and understand which services are popular – and by default, those services that are not.

This comes ahead of expected cuts, due to be outlined as early as next month. By knowing more about how users consume BBC content, BBC bosses want to be able to make informed decisions about future changes.

“as a public service broadcaster, we have a responsibility to make something for everyone, so the more we know about you, our viewers and listeners, the easier it is to find gaps in what we produce. It will also help us see if there are specific areas or topics you’re engaged in.”

Combating concerns about data usage, Bright confirmed the data gathered is not shared or sold to other organisations.

The BBC is not the only organisation forcing users to sign in to use their services. All major broadcasters and streaming providers now require some form of registration, even if only to access free content.